Nashville, TN - Delegates Barbara Evans Fleischauer and John Doyle are among over 4,000 from across the country attending the annual summit of NCSL (National Conference of States Legislatures) in Nashville, Tennessee. Hours ago, their distraught colleagues from Ohio and Texas called a press conference for today at 2:00 and asked other legislators from around the country to join them. Representatives, Delegates, Senators and Assembly persons from over 25 states hastily joined them on the steps of the Tennessee state Capitol.

They are also exploring legislation that would expand background checks. " There are too many loopholes that allow dangerous people to obtain firearms, including those who might harm themselves," said Delegate Doyle. "

These won't solve everything, but are common sense solutions favored by large majorities of West Virginians and people around the country," said Fleischauer.

"I am deeply concerned with the dramatic increase in mass shootings" added Doyle. "I believe this is partly the result of our society being less tolerant of those who are different, both in thought and appearance."

"The laws we will be introducing have already passed in 12 states," explained Fleischauer, "but the Governor of Tennessee said it was too early to pass them. I don't know how he could say that to the families of those who've lost loved ones in Ohio, Texas, Florida or Connecticut or all of the other states where that have experienced this type of carnage. The time for action is now!" she stated.

Delegate Doyle and Fleischauer are pictured together in the top row on the steps of the Capitol. 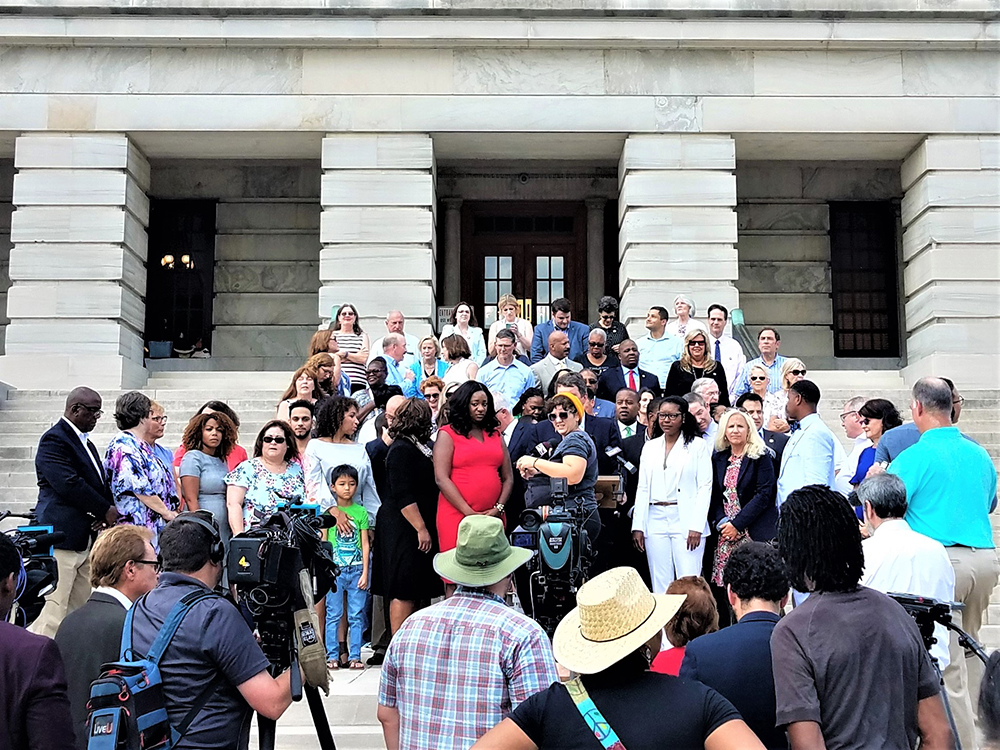